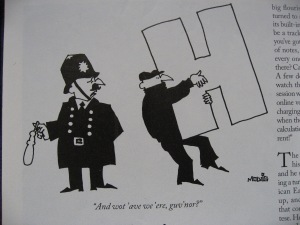 “Don’t forget the ‘h’ in wh,’” my daughter Stephanie’s English teacher told her.  He was from Texas.

It wasn’t until Stephanie and I traveled to Dallas and Fort Worth in May that we understood his position on this.  Being from the Midwest, we pronounce our “wh’s” pretty much like our “w’s”, with but a wisp of air escaping our lips.

My cousin Buzz could snuff a candle with his pronunciation.  Forget that he was born in St. Louis; he’s Texan now and puffs out his “when” and “while” and even his “well,” h-less though it is.  “Whhe-ell,” he said, as if the word had two syllables, “Whhen are y’all coming to Dallas?  Can you stay for a whhhile?”

Once Steph pointed this out, I started noticing it all over Texas from the BBQ waitress in Glen Rose to the custom boot-maker, Dean, in Granbury who sold us some used roper boots.  Dean, now gray-haired, was once the stuntman for McCloud on TV and had the photos on the wall to prove it.  He also claimed to make boots for both George Bushes and to mightily dislike the current man in the White House.  Dean is fixin’ to get the Constitution reinstated and put things to rights in this country.  Something about that drawl made disagreeing with him less disagreeable and more of a friendly discussion.

“Those boots get worn down, you just mail ‘em back to me and I’ll fix ‘em right up for y’all,” Dean said as we departed.  Texans can’t let you out the door without some unexpected generosity, filling up a to-go cup of sweet tea for the road or handing out a sample of their prized Dr. Pepper-marinated beef jerky.  The land itself offered up fossils as we sat on the rim of an ancient lake bed.  Buzz filled my hand with bluebonnet seeds he’d harvested on the spot and my other cousin, Whitney, sent us off to the airport with a pile of muffins and scones.  Most of the Texans we met were so warm and engaging, once you got talking with them, it was hard to leave.

Too soon we were flying back to short-winded Chicago.  If I could, I’d have set a while among the Lone Star wildflowers and drawled old poetry with lots of “whhithers” and “whherefores,” or some breathy lines from Edna St Vincent Millay:

What lips my lips have kissed, and where, and why,

I only know that summer sang in me

A little while, that in me sings no more. 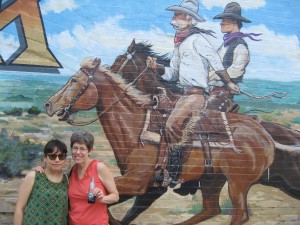 Soaking in some sun and locally brewed Dr. Pepper