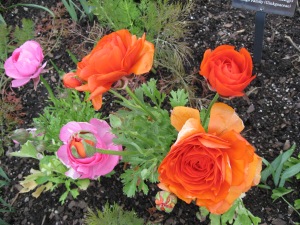 Yes, you can get high on nature.  And, doctor’s orders, you should, for your own happiness, let it blow your mind.  The humbling emotion of awe can transform your life and revise your view of the world.  About 75% of the time, the feeling is elicited by nature, according to Sierra magazine.  It is an energized pleasure that seems almost on the brink of fear, touching infinity or at least something beyond ourselves.

What triggers awe?  Flowers?  For some people, yes.  Clouds are ordinary yet can be seen as awesome, particularly at dawn and dusk.

As Scott Russell Sanders wrote in A Brief History of Awe (2006), witnessing a thunderstorm on his porch as a child first provoked the feeling in him.  Sanders is a soulful environmental writer, sensitive to both brutality and beauty.  He is as much a conscientious affirmer of life as he is a deeply conscientious objector to war.  His memoir is a beautiful study of love for the world and its beings.  His Earth Works essays continue in that vein.

Being awestruck is a good thing as researchers at Stanford confirmed and as described in this video.  I remember walking with my husband for twenty miles through a misty fern forest and emerging onto a rocky beach of a New Zealand fjord.  The view of mountains and sparkly water was spectacular.  Taking the experience clear over the top were the yellow-browed penguins nearby, hopping from rock to rock.  That was a big kind of awesomeness to be in an extraordinary place I’d never seen before with creatures that charmed the socks off us.  But I also like the everyday experiences that fill me with a sense of the sacred.  Seeing a pair of crows, common as they are, in a tree can be awesome, too.  Crows and ravens are as intelligent as human toddlers and I view them as protectors, listening for their warning calls. 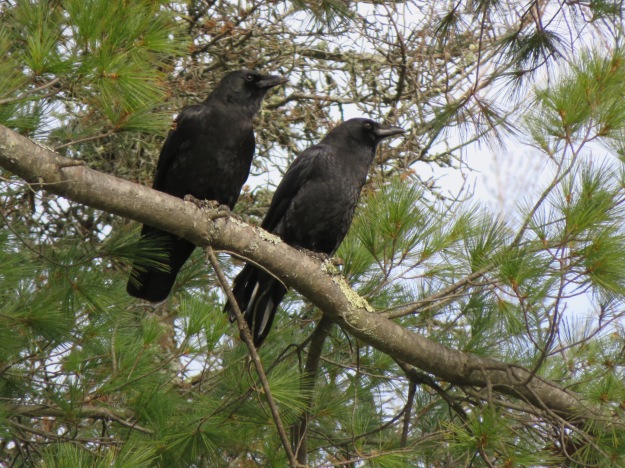 Pair of crows in a white pine tree.

Being grateful also has some benefits and is certainly enhanced by allowing ourselves to be awed and moved, as suggested here.  Take time to smell the roses, a baby’s head, and your dog’s paws that smell like popcorn.  Notice and acknowledge those who enhance your life.

While standing on the vast shore of Lake Superior, I take in the whole vista of sky, sand, and November breeze, and soak it in. 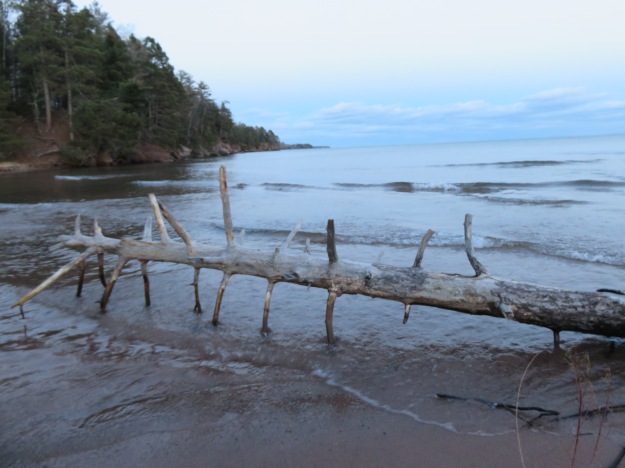 Then I turn my attention to the small miracles of agates and other stones along the beach.  Whether or not I reach the worshipful level of awe, I take time to savor.  And in savoring, I believe, is the salvation of the world. 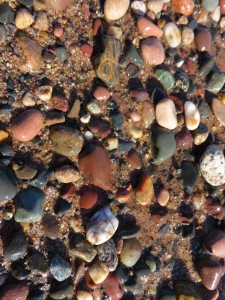 Pebbles on the shore 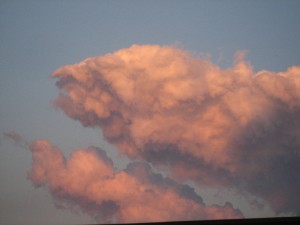